There are also many modern-day examples of how bones can give life.

In its June issue, Reader's Digest told about a family in which the daughter contracted a form of leukemia that would ultimately kill her unless she received a bone marrow transplant. Because she had an unusual blood type, it was very difficult to find a donor. So her parents did something that was almost unbelievable.

They began praying to have another child with the same rare blood type. They hoped this second child, after a short time, would be able to provide the bone marrow needed for their daughter with leukemia. Things were somewhat complicated by the fact that this was an older couple and the man had already had a vasectomy. Not only would doctors need to reverse that, which is a very iffy procedure in itself, but their new baby would need to have the same rare blood type as the older sister. It worked. The man's surgery was a success, the couple was able to conceive again, and they gave birth to a second daughter who had the appropriate blood type.

After 14 months, the little girl provided enough bone marrow, from her hip, to give a transplant that saved her older sister's life. There is life in the bones. A Mighty, Vast Army Ezekiel says, "So I prophesied as I was commanded: and as I prophesied, there was a noise, and behold a shaking, and the bones came together, bone to his bone.

When God's people preach the truth, it's going to cause a rattling.

Things are going to happen. Sometimes it brings revival.

At other times it arouses opposition or persecution. Sometimes both! But I guarantee that when the truth is faithfully proclaimed, there's going to be a lot of shaking! Imagine the prophet standing in this valley, ankle-deep in thousands of sun-bleached skeletons. After months of being ravaged by vultures and animals of carrion, this virtual sea of helter-skelter bones had been scattered all over the place. Then, as Ezekiel began to preach, there was a rattling.

Suddenly as if drawn by some powerful unseen magnet, bones began to whiz and fly through the air, being pulled back to their original partners as God began the amazing process of reassembly. After the bones came together in their appropriate positions and Ezekiel continued preaching, the Bible says that sinew and tendons began to take their places. Next the skin was put in position. Notice that God was doing things in order. He did not say, "Let's put all the flesh together. OK, now let's see if we can squeeze the bones inside the skin. Now let's put the muscle on the outside.

God always works through process and does things in their proper order-whether it is rebuilding His church or reviving us individually. Peter tells us that growing in Christ is also a process with order. At this point all the body parts were in their proper place. The bones, muscle, and skin were in position, but still there was no life. The brain was in the head, but it wasn't thinking. 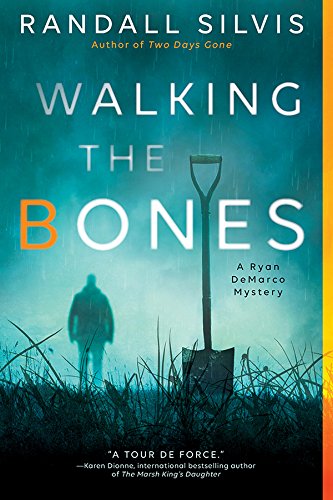 The lungs were there, but the body wasn't breathing. The heart was in place, but it was not beating. Like Adam before the Lord inflated him with the breath of life, each soldier was a perfect lifeless corpse. So now Ezekiel is surrounded not with thousands of disconnected bones, but with an army of cold bodies. They were probably very good-looking corpses, but they were dead nonetheless.

This condition accurately describes some churches. They might have everything in place, but there is no spiritual life. Jesus says of them: "I know thy works, that thou hast a name that thou livest, and art dead" Revelation Outwardly the members look really good. They think they're rich and increased with goods and in need of nothing Revelation , yet they do not have the breath of life. Ezekiel says, "So I prophesied as he commanded me, and the breath came into them, and they lived, and stood up upon their feet, an exceeding great army.

God gives them life to fight. They become an army. In the same way, God gives us spiritual life so we can become soldiers in His army. We come to the Lord, He breathes into us the breath of life, then we go for the Lord. Zechariah describes the battle plan: "Not by might, nor by power, but by my spirit, saith the Lord of hosts.

And today, 55 years later, teams of volunteers are still combing the region, searching for the bones of individuals who disappeared. It's very important for the survivors to be able to identify their missing relatives. Thus far they have found less than half of the people. That would be a very depressing job, don't you think? How much better to be involved in bringing life to bones that really can live-to people who can experience new life by virtue of the Word of God and the Spirit of God.

In verse 11 God says to Ezekiel, "Son of man, these bones are the whole house of Israel: behold, they say, Our bones are dried, and our hope is lost: we are cut off for our parts. Ezekiel is a vision of hope. It's a wonderful message that God's Word and His Spirit can bring life to any situation and to any soul-no matter how utterly dead and hopeless it might be.


Perhaps you remember the story where the dry, dead rod of Aaron came to life. After being placed in the ark of God overnight, it budded, flowered, and produced almonds Numbers ! If God can make an old stick fruitful in His presence, He can do the same for us. As a church, God can revive us and make us an army that will be part of His end-time remnant. Ezekiel tells us that God's people will be raised up and brought into the Promised Land. There will be a resurrection of the righteous someday soon, and we will ultimately live in that new earth in the New Jerusalem.

But even before that, the Lord wants to raise up an army of Spirit-filled people who will expand His kingdom. Some of us do a pretty good job of covering up our dry bones. Maybe our marriages are dry and barren. Or maybe there has been a loss of vitality in our family or work relationships. Some of us have bank accounts that are like dry bones. You have to continuously change things up by killing characters.

One of the hardest things is to be able to make that change. So no, it was good.

Flashbacks maybe. Does that create any tension between them? They might as well stay there. It happens pretty quickly. The character thrives off saving people and helping them. What can you tease about the next episode?